10 Things You Should Never Say to a Single Mother

Being a single mother is not easy. You deal with a kid who’s been left without a father, and it’s sad. But, fortunately, such a situation is often better both for a kid and a mother. Problems in the family, such as abuse and unfair attitude, neglect of the child and father’s bad habits and toxicity almost always lead to good consequences to a mother after the divorce, as she is renewed, although a little scared.

But, aside from tragic things that always happen in people's lives, she is meant to be happier and healthier in good relationships. Single mothers are fascinating for many reasons. They are wise, they know how to look cute and humble, they are inconspicuously kind and always protective because of her child. She’s the perfect marriage material. 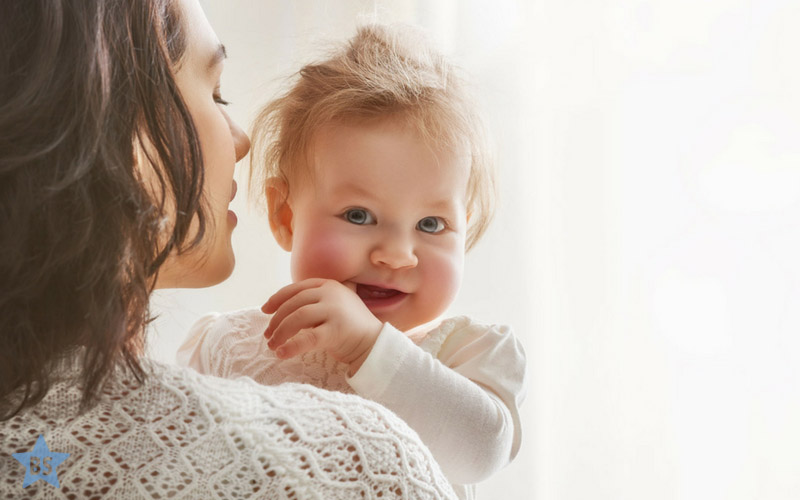 Things You Should Never Say to a Single Mother

So, let’s say, you’ve met a cute single mom. What do you say to her? Sure, you could try to play a family therapist, pitting her and blaming her baby. But it’s unethical and rude to intrude into someone’s private life, talking about emotional scars and problems right away. You will have the chance to show your good side another way. And her family problems don’t define her as a person, so don’t concentrate on them unless you know this person very well and are a friend of a family from the beginning. We've concluded the list of simple things you should never say to a single mother, so let’s start.

1. Did You Think about Abortion?

Yes, this question seems shocking, ridiculous and straight-up evil, coming from the person who’s not your friend, nor close to you in any other way. This is by far the most insulting thing to say to a single mom, yet some individuals manage to ask this question regardless. This one shows your bad taste and lack of tolerance as well as a complete misunderstanding of peoples’ borders. Yes, sure, we don’t exclude that some mothers will be glad to answer this question and be sincere with you, but do you really want to make everything escalate this quickly? Even if she became a teen mom, even if she didn’t want this child, you remind her that it was a) an accidental pregnancy, b) she lost her chances to go to college because of her child, c) she might really love and always have wanted this child, so your question is straight-up killing her.

2. Why Don’t You Force the Ex to Be with the Child?

One of the most offensive things to say a single mother is asking about her ex-husband/boyfriend. It is always a scar on the heart, you make her feel uncomfortable by it. Don’t be surprised if the woman of your interest cries her eyes out after that because you showed yourself as a douchebag right away. Yes, it is extremely emotionally intimidating to be in such a position where her ex left her with the child. By asking this question, you do not only bring unwanted past, but also remind her how she was left without the partner, and a child was left without a biological father. She is not stupid, so she might have tried to bring him back or at least asked to pay child support. 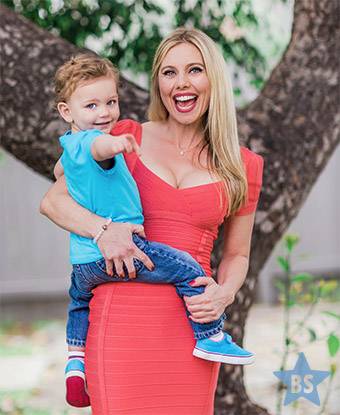 You are not doing any better by intruding in her private life. Instead, tell her what a gorgeous and a cool mother she is who rocks it and manages to have all the tasks done! Tell her something quirky like, “I can’t even put on clothes while cooking breakfast because it gets burned.” Set a pleasant tone in a conversation.

3. Do You Receive Child Support?

Things you should never say to a single mother always include the financial questions. What if she doesn’t receive child support? What if her ex-husband is truly a jerk, who doesn’t have any money to support his family because of a gambling problem or incapability? Do you know how much crap happens to people? By saying how worried you are and how unfair life is, you will only emphasize that this woman was left without money, her child is left without his father, and they both hardly make the ends meet. Do you know what an uncomfortable situation that is? If you want to be helpful, don’t just play a nice guy. Pay for her taxi, buy her child a present, help with cooking or do the dishes. There is nothing you can do at this point. It’s not your family yet to intrude in relationships between its members. But, if you are not scared to get involved in conflicts, and she asks you to talk to her ex as her new boyfriend, you can play a macho and offer him a man-to-man talk (but we don’t condone fighting of any physical and emotional abuse).

4. You Are Probably Very Lonely

Yes, the hell she is. Especially if this had happened not long before you came into her life. Yes, she might feel empty and not knowing what to do next, as her ex was a source of love, mental and financial support, and simply a man in a family. Loneliness and despair are things you should never say to a single mother under any condition. If you lost a family member and the wound has been sore for quite a while, would you be happy to receive that question? Sure, you may break the point, and she might start crying on your shoulder, but is it that necessary? Can’t you get any closer without pressing on a wound that hurts? Or, let’s see the opposite extreme. What if she feels so fulfilled and free without her toxic ex-husband? What if she is tired of the stigma the world likes to give her – “desperate and poor.” It almost seems she can’t do any better without a man. It’s a terrible question that will either upset or piss her off.

5. You Should Really Start Dating

Are you a judge of what she HAS and DOES NOT have to do? Really? Do you feel that you are entitled to think that you can ask that question? Dating doesn’t solve any problems. Dating and scattered attention to men will mean that for now, her child will receive less care, and that is the only thing a single mother wouldn’t want. Besides, who are you to determine the recovery time? What if her ex was the first man, and she doesn’t want anyone but him? What if she was so deeply in love with him, that dating people doesn’t make sense for at least the closest decade?

And, let’s see the opposite situation? What if she was in a toxic relationship for so long that another drama would be unbearable for her rehabilitating psychic. By being “the nice guy” and crawling near her, making Drake's move, you will only degrade yourself to “a guy in a friend zone, waiting to be the next one.”

6. You Are Not Ready to Work

Which things I should never say to a single mom? Well, pointing at her weakness is one of the least wanted things she wants to hear. Or do you think that raising a child without any support from her husband is that easy? Ready or not, scarred or not, but life is that tough, and money doesn’t grow on trees. A single mom is not vulnerable, she just learns how to cope with raising a child alone, being a grown-up woman and having some time for herself. Do you know what would be the best thing to say to a single mother? How cool it is to have such an interesting job! Interesting or not, you should be encouraging, not discouraging. Don’t praise her too much because it is something natural to be able to support your family.

7. Do Your Children Have the Same Father?

This is a very delicate question that you want to ask if there is more than one child in a family. Sure, you are interested in some other things like, “How many marriages did you have?” or “Why don’t all your kids look like each other?” But if she had more than one marriage or a teen pregnancy before a full-blown marriage, this might be sort of an uncomfortable term to be in. And what do you say then? We would suggest you now asking such questions if you don’t want to hear lies or face an uncomfortable stare. Wait until you know each other somewhat better, and then proceed to ask how many marriages she had. Although, people online are open about it. Usually, if you date women online, they have already mentioned information like that in their bio. 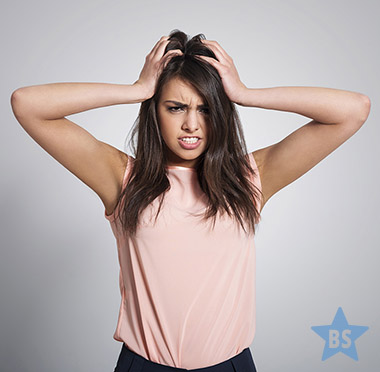 “You look tired” phrase concludes 8 things you should never say to a single mother. This is severe and quite unreasonable to tell a single mother about that. If you were a single father or just any person who raised the child themselves, supported them financially and even collected something for college funds, you would be a little tired. Yes, people tend to be worn out at the end of the day when they go to work from 8 to 5. But imagine having a kid who needs proper meals, daily care, and some attention. No wonder she doesn’t seem as happy and satisfied, especially if there are no relatives to help around. If you see a woman on the girls gallery who looks somewhat tired in person, don’t say anything rude. Just tell that she is doing an amazing job and offer some help around the house. That would be really sweet.

9. Did the Father of the Child Bring Him Up?

At this point, this should be invisible. If you think that this doesn’t read in a child, you are probably right, but there is no point of asking it either. At the end of the day, it doesn’t even matter, as long as she can cope with it. Sure thing that bringing children with both of their parent’s presence makes a huge difference. If you see a little boy who obviously lacks paternal figure, become this one for him (but not creepily or harshly). Just be a nice person overall if you enter somebody’s house.

Whether coming from a curious woman, or a potential boyfriend, it is an uncomfortable thing to ask any parent. This is one of the things you should never say to a single person because this question compromises their ability to raise children alone. You obviously point out that some things slipped or have been missing in the child’s behavior. It also translates to “you are lonely,” “you are a defective parent,” or “a child will never have the proper behavior,” or “I can see what’s missing.” Sure, it goes without saying that some things may be missing if the mother raises the child alone. Although she might be incredibly strong, there are some things a woman wouldn’t know, based on the fact they don’t know what’s going on in a man’s head or have no idea about the inner physiological processes in man’s body. Be respectful and leave that out of question.

Talking to a single person with a child can be incredibly difficult as you don’t know what aspect of single life traumatizes them the most. But being a good person with good intentions always help. Try to get to know a single mother step by step, not forgetting about her precious child. With some time passed, we are sure she will be able to break the ice and share the most sacred and essential details of her life herself and be more confident and inciting with you. Good luck!