Everything You Need to Know About the Honeymoon Phase

When we fall in love and start a relationship, we enter the honeymoon stage. In this wonderful time, we find our “soul mates” and hope that this happiness will last forever. Both a man and a woman are as attentive to each other as possible – a man gives gifts, flowers, cares about a woman, and strives to do everything in the best way. And a woman also shows herself from the best sides – she is always beautiful, well-groomed, kind, smiling, etc. But in most cases, the honeymoon phase lasts from a few months to a year. This phase very rarely lasts for a lifetime. So, how to keep feelings and emotions for a long time and not to lose love after a year of a relationship? 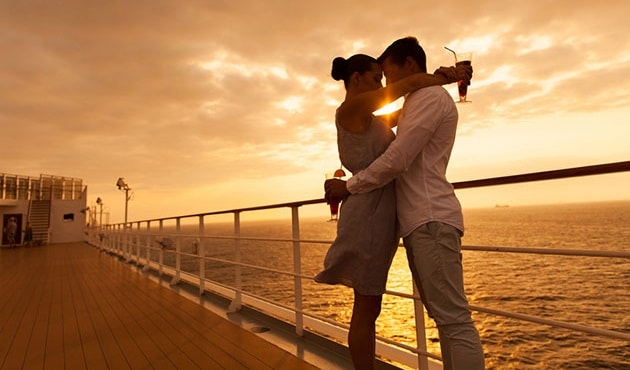 7 important facts about the honeymoon phase

1. The honeymoon stage of a relationship lasts about 1 year

As you understand, happiness and paradise pleasure can’t last forever. Italian scientists came to the conclusion that the honeymoon phase can last no longer than a year. When this period comes to an end, the bodies of lovers stop actively producing hormones of happiness. These hormones form the intense romantic state of partners that is called “chemistry”. According to experts on evolutionary relations, the phase of falling in love passes due to the fact that the body doesn’t intend to spend its precious resources to maintain fire and passion for a long time.

2. The honeymoon period is a kind of test

This is the test for a couple for the feelings and the ability to adapt to each other. So, you don’t take this step in a relationship seriously. The beginning of the relationship is the time of knowing each other’s essence. During this period, the foundation of your future love and family life is formed.

3. People try to get to know each other

After the initial attraction, people begin to get to know each other better. At the honeymoon stage, some people begin to build real relationships. At this time, the body releases monoamines, which accelerate the heartbeat and contribute to more intense pleasure. 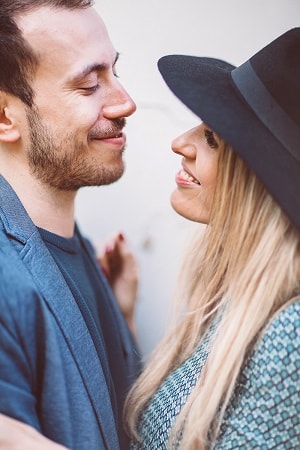 They even repeat the effect of narcotic drugs. This is the happiest stage of love and full satisfaction of each other. A breakup at this stage causes a real withdrawal.

4. The honeymoon period is characterized by a special manifestation of the tenderness

And it is believed that it lasts until the first sex. We don’t quite agree with this. It is unlikely that sex can spoil romance in relationships. The main thing is not to rush with the transfer of relationships “to the horizontal position”. Just allow your relationships to develop romantically and touchingly.

5. There are different stages of the honeymoon period

But everyone tries to give everything to a loved one and not take something in return only at the very first stage. This stage is considered the most romantic and sincere. Anyone who has managed to go through all the stages of the honeymoon period and survived all the subsequent ones has really come to true love.

6. The honeymoon period may end with a stage of glut

This happens when you already know everything about each other and spend too much time together. The end of this period means the following: you go to a new honeymoon phase of a relationship and now everything depends on you.

7. Importance of the honeymoon period in any relationship

Why is this period so important? The answer is simple: there are different periods in every relationship. Sometimes it will be very healthy and sweet and you will be drowning in love for each other. And sometimes you will think how to quietly strangle your partner. You need to understand how to overcome the difficult periods. So, if during the most difficult situations in your relationship, you have something to remember and you have very bright, fabulous memories of the beginning of your love, then you will be able just to sit with your soul mate and remember all the good things that happened in your life and that unite you.

How long does the honeymoon phase last?

All relationships usually begin with romance. Romantic messages, passionate words, lush bouquets, movies, restaurants, dates, beautiful poems about love and a lot of things happen in the honeymoon period of the relationship. Both partners fly on the wings of love. Some say that this is a short moment of happiness. But when does the honeymoon phase end?

Each couple has an individual deadline, although the longest is approximately two years. Of course, after this moment, hard times in the life of every couple begin. The very love and inspiration end (however it was the driving force of a relationship). This ends with either a breakup or reconciliation with the fact that the honeymoon period doesn’t last forever.

What is really happening?

When people fall in love with each other, each of them has their own experiences and fears about being rejected by a loved one. There is a feeling that you need to be better than you really are, at least with a person you like. People start to pretend. Women try to be more beautiful and get rid of bad habits for the sake of a loved one. Men do almost the same things. All this lasts until a couple gets to know each other well. Then they don’t need to play roles. Then the crisis begins.

Partners start to be themselves and don’t pretend. A man can either reject a woman or accept her as she is. He no longer needs to conquer her heart, but he diligently takes care of the woman and this is an indicator that he expects to have a family with her. A woman, not noticing some important things, begins to fall into false doubts, not realizing that this care is no worse than the one that was before. Quarrels, scandals, and sometimes even a breakup happen because of this misunderstanding.

Many people are confident that the longer the honeymoon phase lasts, the more stable joint life is. However, psychologists insist that there is no such direct dependence. Whether it lasts 3 months or six months, the attitude of a person will depend only on you. After all, the honeymoon period may last the whole life in some couples and may even don’t begin in other ones.

Remember that the honeymoon stage in dating can’t be returned. But you can go to the updated honeymoon period. It differs in that love has already passed and the idealization of each other too. But now it’s time for love and honesty with each other.

What happens after the honeymoon phase?

It is important to note that a relationship following the honeymoon period is somewhat exacerbated. This indicates that the next period comes. It is called the stage of fullness. The feelings are pacified and a person inadvertently sees not only the advantages but also the shortcomings of a partner. People get used to each other. It is appropriate to have a more natural and relaxed behavior, which is rather an advantage than a disadvantage.

Why does the honeymoon period end?

After the honeymoon phase, there comes the time when people notice that the feelings become a little annoying and the “rose-colored glasses” are taken off. This indicates that the honeymoon period passes or rather your feeling of love grows into something else, more powerful. The relationship gradually exacerbates. Quarrels begin, and everyone starts to see only bad sides in a partner, concentrating exclusively on them and constantly talking about it. It happens that at this particular stage, a couple breaks up. But what is the real problem? 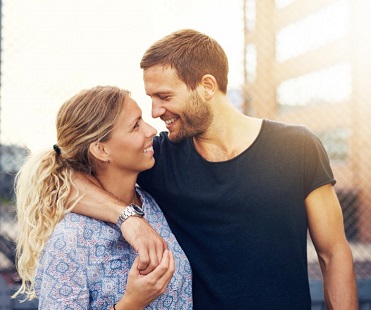 Even the greatest love once comes to this stage, which can be called one big word “nightmare”. Every couple goes through this. The only difference is that some people overcome it together and go to the next stage of a relationship, while others break up and blame each other for all problems.

People choose their soul mates by themselves. But in order to experience an exalted feeling in a family life, it is necessary to get to know each other well, become friends, and only then fall in love. To date, many couples confuse the honeymoon period with love. However, as soon as romance and brightness leave them, and rose-colored glasses are broken, the first tests and the first difficulties begin which not everyone can stand and overcome. Often they think that love has passed. But this is a very wrong opinion. This means that the new stage of a relationship started.