Dating Habits: Which Are The Most Common?

The most common dating habit is searching a partner according to whether your interests match or not. This is the most common dating habit, considering the fact that over 90% of people follow it. It is definitely not a dating mistake, because often you simply won't be able to get along with the person with whom you don't share interests. The mistake would be ditching the person, because you don't have mutual interest, as if you love each other you can always get along respecting your interests, even without understanding or supporting them.

This is the most typical dating habit of people in their late teens and sometimes early twenties. It often happens, because we are afraid to be dismissed for who we really are, and as a result we play games. We have our own roles in those games and we give roles to our partners, unbeknown to them. So, it comes as no surprise that all of the scenarios give a crack and ultimately fail. Playing games is not only a typical dating habit but also a common dating mistake because you're building a relationship on lies. And as we all know, something built on lies cannot live long. Sooner or later you will break up either because you will show your true face and your partner will run away or because your partner will stop acting according to your scenario...you, know it often happens if actors don't have a chance to read the script. In this case, your partner didn't even have an outline of his or her character. 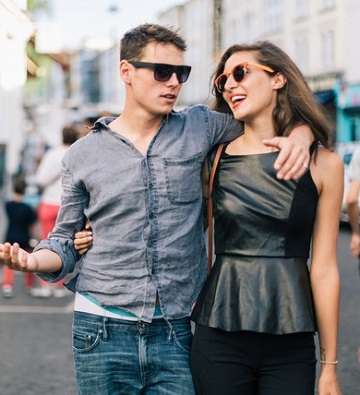 Didn't see this coming, right? It seems to be too obvious and too common to be viewed as a dating habit, still it is a common dating habit. It is definitely not a common dating mistake, because a mistake would be if you fail to do that. Believe it or not, a lot of people fail to do that. The result is quite common too. Those who ask the one they like out may either face a refusal or rejoice the dating experience or relationship they've been longing for.

Those who fail to ask the one they like out are most likely to continue living in the state of dreaming where they wonder how everything would be different if they managed to succeed over their own cowardice and asked that girl out. Of course, it would be different, even if she refused because at least you have tried. So, regardless of you believing in yourself or not, ask the person you like out. Things are way better when you have tried something.

Dating Habits to Get Rid Of

Did you really believe that playing games is the only immature dating habit that you should get rid of? Unfortunately, there are far more immature dating habits that you may follow without even understanding that they are the reason while you are not succeeding in your relationship. We often totally forget our own needs and desires or get too annoying forcing our partners to leave us. So, let's check out the dating habits to avoid in order to succeed in your relationship.

1. Dating for a Wrong Reason

This is the most common dating mistake, which people manage to do regardless of their age. Both girls and boys make this mistake in their late teens, early twenties, and, most surprisingly, in their thirties and forties. The most common wrong reason to date is searching for someone to complete yourself. Okay, it can be quite okay when you are in your late teens or early twenties because most of us in that tender age can't claim that they are who they are and that they will never change. But it is most likely that you are having serious troubles if you need someone to complete yourself after your thirties.

Moreover, it is one of the most annoying dating habits, because you often come out as an absolutely blank personality. How attractive people find that to your mind? So, you want someone to change something in or bring something to your life? Well, get ready to change something in and bring something to life of your partner, because otherwise you can forget about successful dating. Relationship is exchanging of something, but not the giver and receiver thing.

2. Having Unrealistic Expectations Of Your Date

It's not only one of the bad dating habits, but the worst dating sin. Instead of facing whom we dealing with, we either glorifying our partners or expecting something absolutely unrealistic from them. Like, you know, you have your very first date and you already think that you belong together. Next morning you phone you date-mate saying that you are already arranging the wedding ceremony and your 'perfect match' tells you that actually one date is fine, but he or she is not really into you. Dreams are broken, so is the trust in dating... But no, you can't believe that your 'perfect match' has said that. So, most likely you are going to annoy your date-mate with phone calls and messages. The best thing is to face your partner's true face, without trying to give him or her fictionalized traits that he or she never had and never will have. 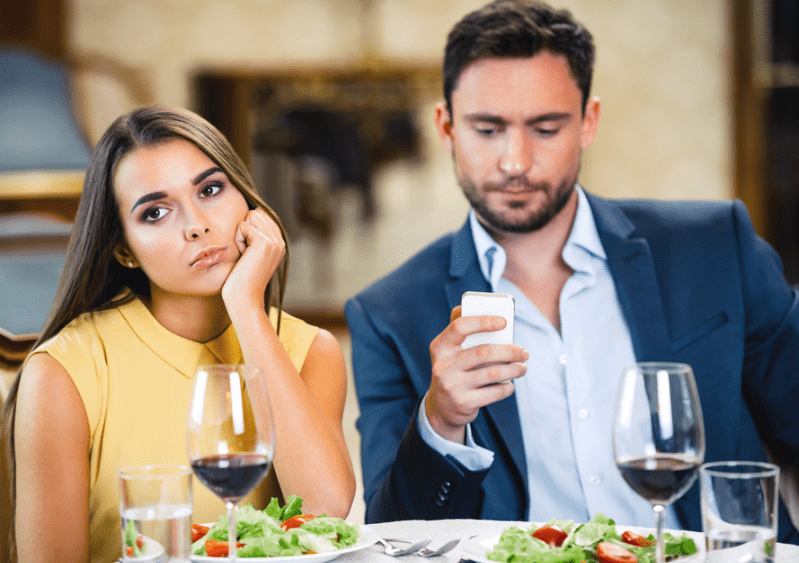 Lying is not the best thing to start with. The smallest lies lead to the big one. First, you start lying about the reasons why you are late for a date and then you may lie about the biggest thing in a relationship. You often start dating without any feeling and plans for the future, and then your partner says to you that he or she loves you and... you lie to him or her that you love him or her too. You lie because you don't want to create a confusing situation or because you honestly believe that you may start loving your partner later. Makes no surprise that such a relationship won't last long, because sooner or later your lies will surface.

Dating Habits You Should Be Practising

Well, starts feeling like this article is full of don'ts with no do's to be found. Not so fast! Some claim that chivalry is dead, but we tend to think that it has just transformed a bit. We won't give you tips for a successful date, but we can give you examples of traditional dating habits that may lead you to dating success. So, let's check them without further ado.

Being attentive may help you to achieve both offline and online dating success. What partners and date-mates can't stand is when you are not attentive enough. Few times they can forgive you when you act totally surprised each time they remind you one of the stories that they have already told you, but you should pay attention. You can't even imagine how high the chances to miss something really relevant are. And that can lead to tragic consequences, as you can get really offended by your inattentiveness. Another thing is that you can stand out by being attentive, as the 21st century often proves to be the time when people abandoned the need to be attentive. We think like “No matter what, we can Google it”. Actually yes, we can Google almost anything, but it's unlikely that you would be able to Google your date-mate's idea of a perfect date or her dream.

When you are really attentive and can remember a lot of things, your partner is most likely to value this trait of you. You must be attentive while chatting and you must be attentive on the first date, because she remembers everything you talk while you are getting to know each other, and she would really appreciate if you do the same.

2. Phone Instead of Chatting

This is one of those considered to be old-fashioned dating habits. Despite this fact, you should practice this habit. We know well that in modern dating etiquette texting is much more preferred than calling, but as we mentioned above 'common' isn't necessarily a synonym of 'right'. Moreover, we should break certain rules from time to time. So, texting, whether you like it or not, is the most informal way of communication. You can't express how much you like the person through text unless you are a writer of those romantic books. And your prospective partner would be unlikely happy with you inviting her for a date via text message. So, call her. She would really appreciate it.

Yikes, phoning doesn't seem so old-fashioned any longer? Well, don't worry, that's not that necessary and nobody is talking about writing long letters. Still, leaving cute love notes can add some extra romance to your developing relationship. Write that you've spent an unforgettable evening. Send her a note as an invitation for a romantic date. Send her a note with some compliments about her. Well, write whatever cute romantic stuff may occur to you. Yep, old-fashioned, but still very very cute and very very romantic, and she will definitely appreciate you for this dating habit.