How to Deal with Mommy Issues in Women

What kind of woman a girl becomes directly depends on the image of the main woman in the family – her mother. All things are perceived by the girl through the prism of the maternal reaction: relationships with the opposite sex, motherhood, the pursuance of a career, and self-image - all are repercussions of the maternal behavior.

If you are a caring mother, wonderful wife, perfect mistress and successful woman, then most likely your mother is the same. Self-confidence, optimism, femininity - these traits are either transmitted from mother to daughter or developed with great difficulty. If you are tormented by indecisiveness and anxiety or often take the lead, it’s also an echo of the mother image. Let’s take a close look at mommy issues psychology and consider how to deal with mommy issues. 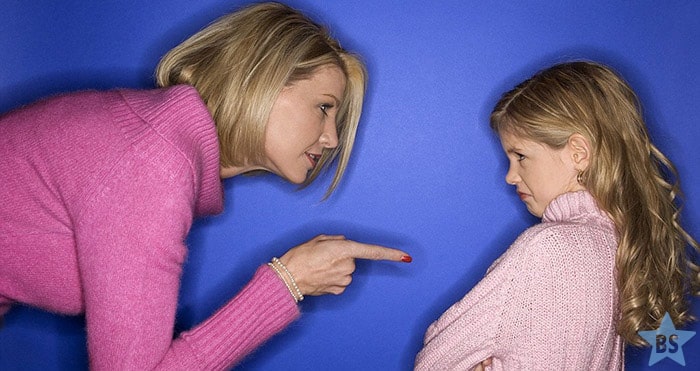 What are mommy issues?

Mommy issues are problems in the relationship between mother and daughter, which appear when the mother fails to carry out her traditional role or is absent in the life of her child at all. Mommy issues signs in females are usually much worse than in guys with mommy issues. Let's look at several types of moms that can trigger such problems with their children.

This woman didn’t grow into womanhood, despite her biological age. She is too emotional, capricious, and touchy - psychologically immature. The creation of a family and the birth of children is what she had to do. However, this woman isn’t ready to take responsibility - she shifts problems to other people.

The infantile mother tends to dramatize her life and suffer from any deviations from the rules she has established. She takes offense at her own children for disobedience, without even trying to apply the basics of pedagogy. Girls in such families are brought up on the examples from movies or the behavior of other women. They are often torn between images or simply wait for manifestations from their partners. They don’t know how to take initiative, often can’t understand their own feelings, and have difficulties in dealing with the opposite sex.

This is a categorical cruel woman who doesn’t recognize the opinions, feelings, and desires of other people. She sincerely believes only her actions are right. She is easily irritated and educates children with the use of prohibitions, the violation of which is fraught with punishment. This woman is picky, intolerant, and angry.

As a rule, a man in such a family is either absent or doesn’t participate in the child-rearing. More often than not, he is weak-willed and unemotional. The mother is inclined to speak harshly of the father in the presence of the child, thereby instilling in her daughter the negative attitude towards men.

The daughters of cruel mothers grow up in two psycho types: cruel and rude, like a mother, or modest, insecure, with low self-esteem and a negative attitude towards life.

A cruel mother can’t raise a happy daughter. The girl doesn’t expect anything much from her family. Marriage is most often caused by a desire to break out of the parent family.

This woman lavishes the excessive care upon her children, accompanying each step of the child, and taking responsibility for every decision. It’s a restless, anxious woman, who bothers people around with her activity. She seeks not only to fulfill the desires of the daughter but to anticipate them.

The ideal childhood of the child that seeks to create such a mother is an attempt to correct her past: to make up for the absence of the father or make the daughter's life better than her own. Children of such mothers have a low tolerance to stress. Such girls grow up as infantile women, often demonstrative and capricious, unable to take responsibility for the family.

Narcissistic mothers are sure of their exclusivity and correctness. They devote much time to themselves, are rather arrogant towards others, strive to rule, command or dominate. Goddess-mothers don’t tolerate lack of attention to themselves, they are even jealous of someone's affection for their own children. They don’t consider maternity as hard work.

In such a family, children are left to themselves. Perhaps cunning and quirky, they are able to balk the mother's anger. Since childhood, girls don’t know how to sympathize and empathize, manifestations of love and care are alien to them. Usually in the future, they choose a career, but, as a rule, don’t achieve success because of low communicability and narcissism.

The importance of family in the life of each person can hardly be overestimated. The family gives us help, support, warmth, communication skills, and the first lessons of love. It helps us to mold character and teaches to overcome difficulties. Of course, parents play the most important role in the life of each child. Everyone dreams of a happy and close-knit family. But unfortunately, between parents and children, there are sometimes conflict situations and various problems that negatively affect the lives of their children.

It’s believed that girls with mommy issues are emotionally restrained and categorical in their judgments. But in reality, they are often very vulnerable and delicate people.

For a girl, the role of the mother is especially important in adolescence, when physiological changes begin and the meaning of femininity is realized. A girl growing up without a mother doesn’t have a pattern of female behavior, as she didn’t have the first, very important, lessons of competition for men's attention. On the contrary, she adopts the male forms of behavior - hence less emotionality, and the external unfeminine rigidity. As a result, being in a relationship with someone for these women is much more difficult than for example for men with mommy issues. Also, an important role in the upbringing of feelings in such a girl is played by the responsibility that falls on the shoulders of the girl in a motherless family and which she tries to justify.

Girls with mommy issues often become single-minded, which can be explained by the learned male type of behavior. And it’s good if, in spite of the idealization of the father, the daughter will be able to make her own choice, and not according to the principle "to please the father". Otherwise, everything, from work to the future husband, will be chosen by the father. Although, it applies to any incomplete family.

Everyone knows that mother is the best and most important person in the world. But what about father? The fact of the matter is that the absence of the father has the same strong influence on the formation of a woman.

Psychotherapists believe that it’s the father who is symbolically the "first man" for a girl. In many ways, it’s the relationship with the father that forms the further personal life of the woman. Depending on how the father accepts and perceives his daughter, her further attitude toward men develops. If the dad isn’t very "good" - it's bad. Then the girl can learn to fear or despise men. But she, at least, has a certain living example of a man. And in adulthood, if desired, she can independently, or with the help of a psychologist, change this negative image of men to the fact that "not everyone is like that, there are other men."

If the father was absent, the girl comes up with the image of the ideal dad, which in adult life is transformed into a desire to meet the "ideal man". At the same time, she accumulates a sense of insecurity, lack of warmth and confidence, which can be obtained precisely in a relationship with her father. Then, going into adulthood, such a girl demands from her man things he, in principle, can’t realize.

If a woman grew up in a fatherless family, she often has a deep sense of distrust, contempt, and aggression towards all men. It happens especially if the mother tries hard to put into the head of her daughter the idea that all men are bad. Therefore, girls with daddy issues are often lonely and disappointed in men.

How to deal with women with mommy issues

Mommy issues in females don’t mean that such a woman isn’t worthy of love. On the contrary, she deserves even greater care, support, and warmth. There are 6 useful tips on how to deal with women with mommy issues.

No matter how self-sufficient your woman is, she doesn’t want to make all the decisions herself, especially when you are in a relationship. Starting with a simple - what to cook for a dinner and where to go on Saturday night. When she is interested in your opinion, even in small things, don’t say that you don’t care.

By virtue of her instincts or pride, it may be hard for such a woman to ask you for help. Therefore, when she doesn’t ask about it, don’t be discouraged, but ask yourself what you can do. Don’t take "no" as an answer. Always support your girlfriend so she doesn’t feel alone.

When you need help, she will try to solve all the problems. But you should hold your own and let her know that you can do it yourself. Don’t expect that she will do anything. A woman wants to see in you another source of strength, on which she can rely.

4. Create a safe place where she can be weak

A woman with mommy issues signs needs it. She needs to relax and release her feminine energy, but for this, it’s important to feel secure. How to do it? Learn to listen to her without condemnation. Wisely manipulate your words and let her be a woman, have emotions and feelings, not making her feel hysterical or weak-willed.

A girl with mommy issues symptoms has her own opinion and needs to feel not only the admiration for her as a woman but also your respect for her as a person.

6. Don’t make her choose between you and her dreams

Respect her dreams, she shouldn’t choose between the career and relationship with you. She can have both if you plan everything together. If she sacrifices her dreams for you, she will no longer be the woman you fell in love with. Don’t try to change her.