How to Deal with Your Ex Wife

When your relationship comes crashing down, you feel devastated. You think about how to survive after everything you've been building for years is destroyed. Quite often it feels like you need some professional help from a shrink in order to deal with your depression. You wonder whether you'll be able to date again or not. But you can concentrate on that only if you either weren't married to your ex or if your marriage ended because your mutual feelings have died and you understand that you will do each other more harm by staying together. In other cases, which we are going to talk about today, you are going to be distracted from your own problems figuring out how to deal with your ex wife and her drama.

Yep, while you may want to think about how to deal with breakup and divorce on your own, there is your ex-spouse, who may not be that eager to let you go. Depending on the reasons for the divorce, your wife may try to turn a divorce into her revenge. So, let's figure out how to deal with a difficult ex wife. 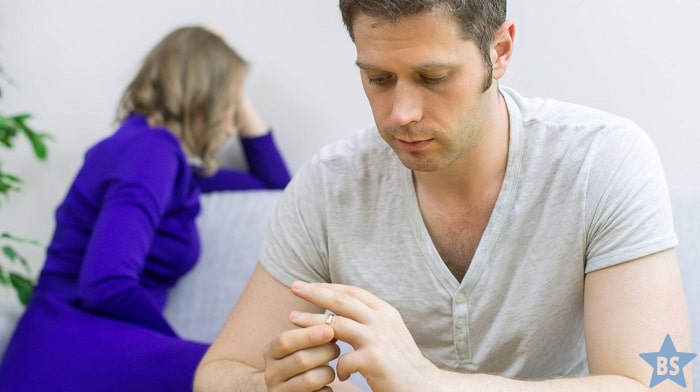 How to Deal With Your Ex

Your ex wife can turn out to be a controlling one and you need to know how to deal with her. But you never know when the problems are going to occur. Sometimes your ex-spouse might go on turning your divorce into the living hell. In other cases, you ex wife might agree to a divorce but turn up later trying to win you back and turn your post-divorce life into mess. That's two different cases, which require different approaches. We've collected some advice in order to help you, but in order not to make our tips on dealing with your ex confusing, we will view them separately. You need to know how to deal with an ex wife who won't let go in the course of the divorce and after the divorce. We offer you to check out our advice without further ado.

In the course of the divorce

Divorce is always a stressful process, but things get more complicated when your opponent is a manipulative wife who wants to win at any cost, and you need to know how to deal with her. One thing you need to remember is that it doesn't mean that your ex-spouse is actually evil. The stress that divorce brings can easily turn your loving ex-wife into a monster. That's just a point of self-preservation, which causes your ex to adopt a certain character. In order to figure out how to get out of your divorce alive, you need to learn those types of character that your ex wife may adopt. Let's check out those types, but mind that we are talking about the results of the distortion of the truth and not the cases where you have victimized your ex.

The most common character type is the Victim. Your ex-spouse feels that you have victimized her. She thinks that you have done her wrong and that she has wasted her best years on you. If you have children, get ready for the fact that she is going to fight with you over the full custody, as you are not good to raise children or at least have partial custody over them. While she considers herself to be the victim, she's absolutely ruthless when it comes to people who she blames for hurting her. Of course, your first choice would be to fight with her in the course of the divorce with the same anger and desire to win as hers. But you are going to lose most likely, as everyone will see the victim in her and the abusive husband in you. That's why you need to take a deep breath and consult with a shrink on what to do about that.

Your wife needed constant admiration? Did she need to be right all the time? Did she need to look great for your neighbors and friends? Was she privately criticizing you for not matching her standards? Well, it seems that you are going to deal with the narcissistic ex wife. In the course of the divorce, you are going to face far more severe forms of narcissism in her. She doesn't give a damn about your needs and she would take away your money and your children if you fall into her trap. How to deal with a narcissistic ex wife? Well, you need to hit her weak spot. She thinks that she's immaculate, but living and having kids with someone who's not up to her standards destroys the perfect image. Remind her of that and your divorce will be painless.

Well, that's the most terrible example of your ex wife's character during the divorce. Think of it as of a compilation of all the previous character types. She's a control freak and a narcissist who'd been married to a guy who's not up to her standards and the breakup made her a victim, and now her main goal is to avenge herself. She gets pleasure of destroying what you have. She doesn't see your breakup as an end of the chapter in her life, she sees that as the end. So, she is going to destroy you completely. How to deal with a bitter ex wife like that? Quite simple. Avengers quite often lose touch with reality, and that's their weak spot. A good therapist and a good attorney can help you with the divorce. Problems may come after that, as if she doesn’t get full custody over your children, she may try kidnapping them.

Now let's imagine that the divorce is over and you have partial or complete custody over your children. Most likely you are trying to move on and build new relationship. Seems like your life is just about to get good again. But getting the divorce doesn't mean that your ex wife problems were left in court. Now you have to figure out how to deal with her after the divorce. Your ex wife may start a real drama, telling your how lonely she is and you need to learn how to handle it. If you have a jealous ex wife, she may try ruining your new relationship, and you need to learn how to deal with that. But there are five easy steps how to deal with an angry ex wife, which we offer you to check out.

1. Figure Out If She's Crazy

Well, you aren't that naive to expect that you are going to bring up your kids after the divorce without having any conflicts, are you? Having arguments with your ex about the way both of you are bringing up your kid is absolutely okay. But not when it lasts for ages. Your ex not liking your new girlfriend is also totally okay. Let's be honest, she doesn't have to like her. But it is not normal if she's texting you all day long with threats to take children away or killing your new partner. If that's the case, it's time for you to start wondering whether your ex wife is having a borderline personality disorder. The best option is to seek professional help for her. Otherwise she may be dangerous to you, your new girlfriend from this russian dating site and your children. Don't wait until she literally tries killing your new partner or stealing your kids. You should consult a shrink and force your ex wife to pay him a visit.

While you may think of the situation as of your own problems with your ex, you are completely forgetting about your partner's feelings. Yes, she may be acting as she notices nothing, but your constant fights with your ex wife do stress her out. Basically, you should observe it in the following way. You can't say goodbye to your previous relationship for good, and as a result, your previous relationship interferes with your new relationship. So, the romance that has been over is threatening your new romance. You need to realize it, otherwise you might lose your new partner and your ex wife will win.

3. Find Someone To Talk To

You need to find someone to talk about all that stuff. It is perfect that you can talk with your new girlfriend about that, but it is better to talk with someone who doesn't have any interest in your situation. A friend or a shrink would do just perfectly. You are in a constant stress and you need to talk it over with someone who is not the part of that post-divorce drama. Someone who can give you advice watching the situation from the distance.

You need to realize that the drama is going to last as long as you allow it. If you are communicating with your ex personally and each of your conversations ends up in a fight, you should stop immediately. Don't communicate with her. Don't phone her, don't text her, don't email her. You can talk with her for a few minutes when you are taking kids from one another for weekends. Don't break the custody agreement. Just follow it as it is written. Switching weekends only leads to more drama. Don't talk with your ex wife about anything except for your kids and the custody agreement.

Your wife may be a victimized narcissistic control freak, but it doesn't mean that you should engage in conflicts with her. She may scream, shout and crash things, but that doesn't mean that you should do the same. Tell her that you wish her the best and that you would like her to have a normal life after you. And that's all. Don't bring children into that, as you are going to have arguments about them anyway. Don't bring your new partner into that, as whatever she does or says, your ex wife is going to hate her anyway. Just say that your ex needs to move on. That she cannot waste herself on hating you, as there is definitely a guy who is absolutely perfect for her, who is up to her standards and who won't disappoint her the same way as you did. Say that and let it go.