How to Know If There's Chemistry Between Two People

Is love about physics, psychology, or chemistry? Each science has the explanation of the essence of love. In terms of physics, love is the attraction of electric fields. Psychology explains it as the affinity of souls. In terms of chemistry, love is a chain of chemical reactions that take place in our bodies. All three fields deal with invisible matters, so there is a grain of truth in each theory. However, most often you hear the word chemistry when it comes to describing the instant feeling of love. Let’s figure out its nature. 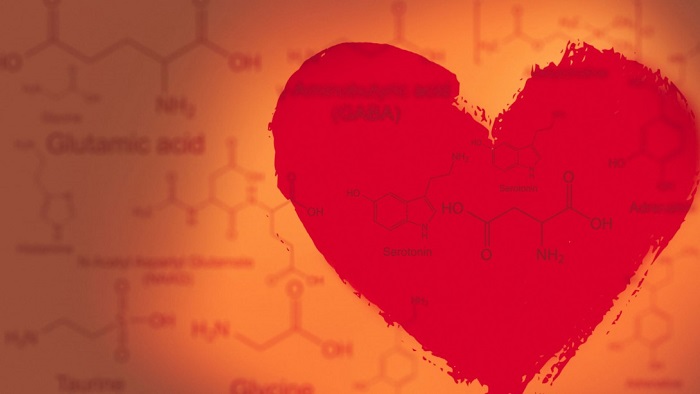 What Is Chemistry Between People?

Chemistry – that’s how people describe their strong attraction to a particular person. This is the main criterion when we go on a first date with someone. At the end of the date, we can say for sure whether there was chemistry or not. And this will define the future of the relationship. Basically, chemistry is love. Indeed, according to the numerous studies, the feeling of love is caused by the pheromones – invisible chemicals humans’ bodies emit. It’s said that each person has their own natural scent, and when two people with compatible scents meet, chemistry happens and causes the so-called love at first sight. What is chemistry between two people? In simple terms, it’s when two people click. They feel mutual attraction both emotional and physical. They have many commonalities and feel comfortable with each other like old friends although they just met. We often mean chemistry when speaking about the connection.

What causes chemistry between two people

It turns out that the heart has nothing to do with love. All the processes that induce love happen in our brains. Hormones, neurotransmitters, and pheromones are those chemicals that make our hearts pound, feel attraction and passion, and act in a weird way. When you see a person whose appearance is your type, your brain reacts immediately. Dopamine, a neurotransmitter, activates some parts of the brain evoking the feeling of pleasure, inspiration, and desire (cocaine affects the brain in a similar way). Each phase of love is governed by a particular group of hormones.

Attraction. The attraction to the potential object of love and physical lure are caused by male and female sex hormones: testosterone, estrogen, nitric oxide, and pheromones.

Infatuation. This stage is characterized by the feeling of happiness (if everything is going well) or strong emotional experiences (if something is not so smooth). All your attention is focused on the object of your love, and you only dream about the next date with that person. This state is accompanied by the presence of a bunch of neurotransmitters in your blood: adrenaline, noradrenaline, dopamine, and serotonin.

Attachment, the feelings of unity, placid happiness, stability and peace you experience being next to the potential long-term partner are caused by oxytocin and vasopressin.

Parting. The loss of a partner due to a breakup or death is accompanied by the serotonin and endorphins deficiency. Chemistry between two people can result either in friendship or romantic relationship. In the first case, the commonality of interests causes attraction making people continue their communication. They feel more relaxed and communicate more easily knowing that the other person will understand them. Strong chemistry between two people usually leads to a love relationship. While friendship requires mostly platonic attraction, a romantic relationship necessarily requires sexual attraction.

Another question to be answered is whether all people experience chemistry. According to some surveys, some people can’t call what they experience towards the opposite sex chemistry. Chemistry between a man and a woman may not occur if one of them has trust issues, is a shy person, or rarely meets people with similar interests.

What you should remember is that sexual chemistry between two people is temporary. It emerges at the beginning of a relationship and gradually subsides. Some people think that it means the end of love, but in fact, this is the manifestation of real love, free from the stormy feelings and unexplainable passion. Chemistry between people transforms into psychology – the affinity of souls. For some, less intensive feelings mean stagnation when it’s just another level of love, more profound and appropriate for a long-term relationship.

So, it goes like this: first, two biofields get in contact (physics); after that, chemical reactions in the bodies of two people draw them closer (chemistry); and, finally, they get to know each other on a more profound level and become spiritually close (psychology).

Signs of Chemistry Between a Man and a Woman

Can other people see chemistry between two people? Chemistry, if it happens to two people, creates a special aura around them, so you can tell that your friend fell for that girl just by watching how they look at each other. As you already know, chemistry is the foundation of the future relationship. That’s why there is only one question you want to answer throughout a first date with a new girl “Is there chemistry between us?”. Usually, it takes one date to understand whether there is chemistry between you two. Here is a checklist of the signs of chemistry between a man and a woman.

You change instantly. Your hormones make you act in an unusual for you manner. You may blush or get awkward, the tone of your voice may change, and you feel like you’ve just been hit by the invisible wave. But you like it nonetheless.

A smile appears on your face automatically. You can’t force a smile yourself. Well, you definitely can, in some social situation just out of politeness, for example. But think when you smile? Probably, when you experience something good. Chemistry is the herald of something good that you can experience with this person, so it causes a smile on your face. Therefore, a smile is a sign of chemistry between you and your mate.

You want to touch that person. Before you finally break that touching barrier, you feel the desire to cut the distance between you. Both of you feel it and find yourselves standing or sitting very close to each other. Your bodies simply gravitate to one another. Chemistry pushes you even further making you “accidentally” touch your mate’s hand or bump into their shoulder.

You understand each other’s jokes. Two people sharing the same sense of humor will definitely feel the attraction. Strong chemistry between a man and a woman emerges when they understand the irony and sarcasm of each other. A conversation can be pleasant for both if each of the interlocutors can assess each other’s sense of humor. It has a very binding property, so once two people notice that they laugh at similar things, their chemistry will irreversibly intensify.

You have similar interests. Commonalities definitely unite people. It’s great to find out that someone else is passionate about the same things as you. This is how people become friends (and chemistry can arise between the friends-to-be). Shared interests plus sexual attraction – this is a perfect combo for a romantic relationship, a long-term one. Usually, the realization that you are interested in the same things comes later, when you get to know each other on a deeper level. And it only facilitates the existing chemistry.

Body language speaks for you. Your body will constantly betray you. And the object of your love will also give themselves away. There are certain things we do uncontrollably. Things people call body language. Certain positions can tell if there is chemistry between two people. For example, the telltale position is mirroring. It’s when you automatically copy the position of your interlocutor. For instance, you sit at the table resting your cheek on your hand and your date does exactly the same. Then you change the position, and so does your “mirror”.

You feel the “old friends” level of comfort. The surefire way how to tell if there's chemistry between two people is to assess the level of comfort they feel being next to one another. We feel restrained and uneasy with some people even after several meetings. But sometimes after several hours talking with a stranger, we feel like we know them for ages. That’s how chemistry works. You feel totally relaxed and you can’t explain why.

The conversation flows naturally and smoothly. There are no awkward pauses, you discuss different topics. New subjects appear out of nowhere, you don’t really put much effort into inventing something. All this is indicative of chemistry that exists between you two.

You’re not afraid of being yourself. Probably, this is because the chemical reactions in your body blocked your nervousness and caused a light euphoria that made your braver. Love chemistry can do wonders for people. Easiness of conversation breeds easiness of behavior. You don’t have to pretend. You allow yourself to be yourself.

There is a high level of understanding between you two. We all lie sometimes. But when there is a natural connection between two people, they don’t need to do that. Chemistry eliminates the urge to lie because you’re focused on getting to know the object of your interest better. You also see that you have many things in common, which means you understand each other quite well. You know you can open up and be understood.

You respect your mate. One of the characteristics of good chemistry between two people is respect. Sometimes chemistry can totally switch off one’s brains and awaken instincts. That is a kind of obsessive chemistry. Good chemistry is supported by the feeling of respect for your mate. Respect signifies that this connection can develop into a strong long-term relationship.

Although chemistry is said to be typical of the initial stages of a relationship, couples experience it too, but in a lighter version. A tender kiss or hug, noticing small details – this is how they keep their chemistry alive.