Each nation has certain preconceptions about foreign cultures. And there are a lot of myths and rumors about Russians circulating around the Western world. Cinematograph, mass media, and some tales only feed those beliefs. As a result, many Western men aren’t sure if wooing a Russian lady is right for them. Well, stereotypes usually have groundings but they are always exaggerated. So today, we wanna to break the most popular 8 myths about Russian brides. Let’s see who they really are! 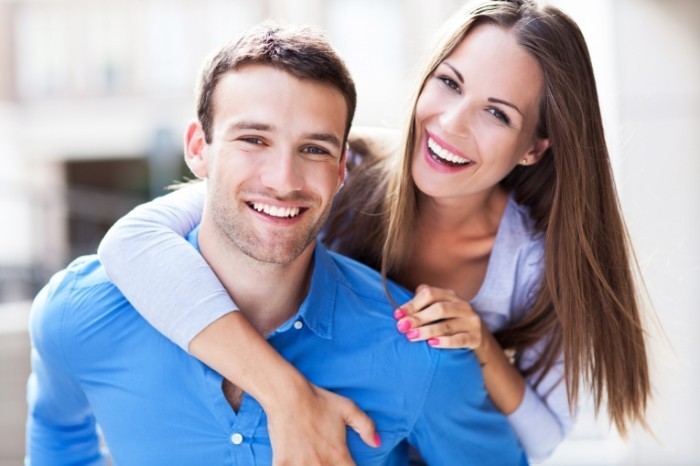 Alpha males, who would keep them under pressure, make all the decisions by them own and overpower their ladies in all possible aspects. The reality tells us Russian girls are rather brave and straightforward so they will barely tolerate such an attitude. Of course, they like initiative, courageous, and strong guys. But they also look for an intelligent, goodhearted, and understanding lifetime partner – they wish to be equals with him.

Nowadays, there are millions of Russian girls searching for a boyfriend on the Internet. This makes Westerners think they do so because of hating Russian men. Some films (especially made in the USA) show us those guys are rude and disrespectful hard drinkers. The actual situation is different: the 20th century was full of military conflicts and wars hugely affecting Russia, so their male population has shortened after those events. And now, there are more women than men – many girls have to remain single. This encourages them to look for true love abroad.

3. They are highly egocentric

Some western guys had unpleasant experiences with Russian girls so they spread the word about how demanding, capricious, and picky those ladies are. Like they wish to have the most expensive jewelry, the best clothing, and heaps of gifts. The most valuable thing you can give to a woman is your attention and that isn’t measured in financial worth. Russian girls understand it perfectly. They are willing to receive love and respect from their men and treat them equally in return.

4. They are willing to leave their homeland

Another myth says that Russian girls struggle to nothing but find a husband from abroad and benefit from his citizenship and wealth. In fact, most Russians are quite patriotic and proud of their motherland. Yes, there are many problems in their country yet they hope the situation will take a turn for better. Not to mention, the concept of the strong family is basic for their society. Russian ladies are typically close with their parents, siblings, and friends so the only reason they would leave them may be true feelings towards you.

You might have heard a popular Russian saying “If your man beats you, he loves you”. Media often portrays those women as passive shrinking violets who are into rough brutal men. However, this is nothing but an odd conception thought out by some peasant serfs hundreds of years ago. By all means, no modern girl would agree with it. In the Russian worldview, emancipation doesn’t cancel femininity so their girls rather tend to combine these features. A normal Russian lady dreams of a kind, gentle, and loyal soul mate.

6. They will choose the first available partner

According to this misconception, a Russian woman would tie a knot with any foreigner she meets. We have to tell you – it’s false. Russian girls don’t attempt to get married as soon as possible, they prefer to spend some time on finding a compatible and reliable partner to share a life with. As you already know, nationality doesn’t matter much to them. It’s all about your personal merits and capabilities.

7. They have no ambitions

Russian women are likely imagined as undereducated housewives obsessed with motherhood and having no other life goals. Once again – it is quite far from the truth. Contemporary Russian ladies are generally well-educated and they all want to have a good job and achieve some career heights. If you expect your potential Russian wife to be your housekeeper, we have to break your anticipations. Yeah, she will be concerned about building a harmonious relationship and raise good kids. But this doesn’t restrict her gamut of interests.

8. They are ladies of easy virtue

Beautiful and feminine, Russian women are sometimes portrayed as mean gold diggers or, even worse, prostitutes. And this is a very sad stereotype. Taking into account everything we stated above, you can see it is not true. Russian girls have diverse traits and certainly can’t be perceived as just pretty stupid dolls. They have strong characters and mind capabilities. In our world, a woman becomes more and more self-sufficient which means feelings and attitude in a couple prevail over material benefits you can give to each other.