Beautiful Russian ladies have always enchanted men from all over the world. They have many nice character features, they are intellectual and feminine. No wonder that following the latest tech trends, single foreigners go to online dating websites to potentially meet a wonderful girl from the other corner of the planet. More and more guys get to thinking about wooing and marrying a Russian woman. But what about those ladies? Why do they look for a partner overseas? In this article, we decided to clarify the situation. Let’s find out what makes Russian girls fall for foreigners. 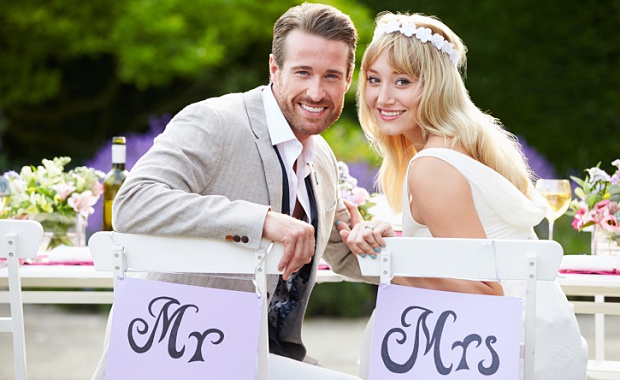 You may not know it, but the demographical situation in Russia is rather difficult today. After all those socio-political events of the 20th century, the male population in Russia strongly decreased. Now, there live more women than men. Consequently, nearly every 12th woman (especially, if she is in her mid-thirties) has to remain single throughout her life. You see, Russians appreciate the “traditional” relationship model when a girl is supposed to get married at the age of 21-22. Of course, modern Russians become more and more alike to their Western counterparts, but this is how their mentality works.

Another problematic aspect of life in Russia is its unstable economic situation. Just like the rest of the post-Soviet countries, contemporary Russia faces numerous issues linked to the governmental system modernization. Moreover, women here still don’t have equal career chances with men. Yes, on paper, they are equals, yet the real circumstances are different. On average, young Russians earn several times less than their mates from the European Union and the United States. This makes Russian ladies search for some job options abroad, and, simultaneously, for a man who would become a reliable companion.

Oh, this is what you might be aware of. Many films, books, or stories feed the rumor about hard-drinking Russians. Well, to a huge degree, it is nothing but a stereotype. However, it has certain groundings too. Due to the harsh climate, Russians (men, in particular) prefer strong liquors to, say, wine – this is the tradition rooted in the deep past. As a result, some Russian guys who are mostly in their 40s become drinkers. The young generation struggles to change this yet some women are already fed up with alcohol abuse and go overseas in searches of a compatible man who wouldn’t drink vodka.

If we translate it literally into Russian, it will be called “flat question”. USSR was a socialistic state with no private real estate available. All flats used to belong to the state so Soviet people had to work to get a private home. Nowadays, the largest segment of the population lives in flats owned by their parents and grandparents. Furthermore, different generations of the same family are likely to live together. First, there is not enough housing existing in most cities. Second, those new flats may cost a regular Russian lady an arm and a leg. In the West, everything is obviously different.

We have already mentioned that Russians tend to support the traditional gender roles division. For centuries, a woman here used to be imagined as a housekeeper and a mother. A man used to rule his family. Despite the emancipation movement that has already conquered quite a big part of the world, in Russia, women aren’t supposed to be independent and self-sufficient. But Russian girls normally have a different opinion so they prefer to choose westerners for long-term relationships. They wish to get more freedom and personal space which is highly valued in the West.

As Russian ladies believe, men from the West are far more courteous than Russian men. Speaking strictly, they are right. Due to the demographical imbalance, local guys have a fantastic choice of girls to date and to marry. This makes them – not all of the, of course – carefree when it comes to sophisticated wooing and treating of a lady. Being feminine and romantic, even the most pragmatic Russian girls dream about a prince from a distant land who would treat them like a gem.

Eventually, this is what makes the Russian female mentality rather special. In contrary to Western ladies, who are focused on their career, friends, and multiple affairs with no-strings-attached, Russian girls are more family-oriented. From their point of view, the main goal of a woman’s life is to make a great wife and mother. Yes, they also have professional ambitions but that is not the core element of their existence. Western men, in their turn, search for a woman who would become a good spouse – and overly emancipated local girls often don’t give them a chance.