How Much Sex Should You Be Having?

Are you sure you’re having enough sex? At times you may have wondered if you and your romantic partner must up your bedroom game right after reading a few articles on other romantic couples' resolutions to have sex on a daily basis or about all the potential benefits of getting horizontal.

In what may be welcome news for everybody out there exhausted from everyday duties and frazzled from kids, the recent research suggests you don't even need to get down every single day of the week to be reaping the rewards of sex, well, at least when it comes to couple’s happiness and relationship closeness. The newest study found that, despite married people or those in committed relationships who used to have more sex also tended to report it actually made them feeling a lot happier, the benefit that leveled off at a frequency of having sex once a week. And those who claimed they did their bedroom deed three or more times a week didn’t report it helped them feel any happier than those couples in love who had trysts one time a week only.

Pretty sure nothing else evokes panic about keeping up in a romantic relationship quite like sexual frequency. All of us seem to be pretty much obsessed with making totally sure we are having just the “proper” amount of sex.

Thus, being able to maintain an active sex life on top of everything else we have in our romantic lives might feel quite overwhelming, so many people try to comfort themselves exactly by clinging to some specific things like numbers.

However, the real fact is that there just can’t be some kind of a magic number that will still be working for every couple in love. You might have met couples who actually thought having sex daily was too little, and those confident that making love once a month can be too much. The point here is that we are just different. Nonetheless, it is still possible to try to figure out what exact level of frequency can work for your own relationship. And here’s an explanation of how much sex is normal and how much is too much sex in a romantic relationship. 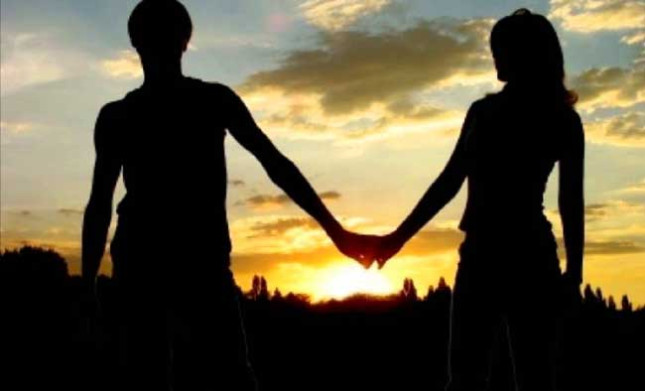 How much sex does the average person have?

How often do couples have sex? There is some sort of a debate going on between sex therapists regarding what the “real” average is for those partners in committed relationships. With that, the answers appear to range from only once a week up to once a month! The thing is, if people in romantic partnerships stop having sex, their habitual relationships will become vulnerable to anger, insecurity and, ultimately, divorce. All in all, a couple’s normal sex life is affected by a number of different factors, such as age, lifestyle, and, after all, the quality of their relationship among many others.

So while there might be no one correct answer to “how much sex should you be having?” lately we’ve encountered many couples being advised to do it at least once a week. According to a research conducted among more than 20,000 romantic couples, only 26% of them were hitting that once-a-week mark, along with the other ones reporting making love twice a month at best!

How much sex is enough?

Some female respondents often voice a wish that their male partners simply didn’t want to have sex so often, while men occasionally admitted to daydreaming about getting laid with other women, for example, from this russian dating website.

There’s absolutely nothing shocking about all these divergent opinions on how much sex is healthy in a marriage; what might seem surprising, though, is that both genders tend to be forgetting each other’s biological hard-wiring. The majority of men respond to sensual touching, taste, smell or visual qualities. At the same time, for most women, sexual arousal is more of a mental operation that requires enough time in order to ‘switch off’ from daily activities and ‘switch on’ for getting pleasure. In this case, quite often, it is precisely the delay between women’s and men’s sexual responses leading to incompatibility.

How much sex is too much?

There are certain things some of us simply can’t get enough of, such as quoting old movies, or watching football on Saturday. And when it comes to having sex, though, a lot of people in committed relationships prefer to think their sexual horizons are unlimited. Some real life facts: nowadays 18-29 year olds appear to be having sex as much as 112 times per year, on average, according to a social study conducted by The Kinsey Institute. It makes almost 86 times per year for those who are 30-39 years old, and approx. 69 times a year for those between 40-49 years old. So if you are having more than that average amount of sex per year as for your age, does it actually mean you are having way too much sex? Frankly, asking how much sex should you have in a romantic relationship is a little bit like wondering how many shots can make a person an alcoholic. Such an approach pretty often fails to recognize that in the case of booze, it is actually not a matter of how many drinks you can go for, it is primarily a question of how it might affect your life. With that in mind, if alcohol is known to be consistently creating problems only for you, then you may finally decide to look at your drinking. As we see, sex is pretty much the same way.

Ways to fix your sex life

1. Expand the very definition of sex Many couples quite often complain about getting caught in the trap of considering sex as just an intercourse. That is exactly why people in committed romantic relationships must learn to adopt broader definitions of what true sex in a loving couple must be like.

2. Focus on quality sex instead

Take your time in order to think about your most favorite sexual memories and moments with your beloved partner. Ask yourselves what does ideal sex mean to you? Does it actually mean reaching orgasms? Or rather having that feeling of emotional closeness? Navigating your way through a guide of sex positions? Apparently, this one is a pretty huge topic, however, try to identify at least 5 most basic qualities that are absolutely important to you and your loving romantic partner if you want to finally find an answer to how much sex should you be having.

The truth is that you are never ever going to find a totally perfect partner with whom you will be ideally sexually compatible. The thing is, every romantic couple is definitely going to meet all the existing differences in their sexual adventures. To our best knowledge, couples are happiest only when each partner feels that their needs are essential to the other. At the same time, this is not about fulfilling each and every whim of one another; it is all about hearing what your significant other wants, respecting their needs and wishes, and, of course, doing your best working with your partner as a team.

4. Make the effort more often than you might be feeling the desire Real talk: many people just don’t prioritize having sex as much as they want to. Sometimes we are busy. Sometimes we are tired. At times we’re simply overwhelmed. We might be feeling lazy. That’s why sex is so easy to put on the back burner. Most of us firmly believe that sex always requires active, constantly ongoing effort. Frankly, sometimes that might suppose trying to get in the mood even when you are feeling tired or lazy. In this way, effort is a vital part of what helps people show their romantic partners that they actually respect them and their needs.

5. Learn to prioritize your sex life If you really want to find out how often do married couples have sex as well as how to have a better and healthier physical relationship, you have to be investing more time in it. And exactly by going to bed together, couples can increase the touching, kissing, talking, and sex in their partnership in general. Not ready to go to bed together? Don’t be afraid to talk to your lover about why not. If certain issues loom in your relationship, then try to fix them or at least make peace with what they really are. By making sex in a romantic relationship a top priority, both of you are investing in yourselves.

6. Don’t forget about other relationship stages Sometimes it can be extremely helpful to take a look back at your relationship history. Sex life naturally ebbs and flows, so there must have been its high and low points. Thus, on the timeline of your partnership, do you recall any particular details about your sex life? Perhaps you used to have lovely sex dates on Friday nights, or preferred to spend most Sunday mornings cuddling in bed. These periods may be helpful at giving you slightly more realistic images of what to shoot for.

7. See a couples therapist In some cases, visiting a couples therapist with your significant other can be quite useful to help both of you talk through how exactly you feel about your current sex life and find the ways to craft a perfect plan for fixing all the existing issues to be moving forward. Certified couples therapists are highly professional in helping you gain the right solutions to sexual functioning problems, including how much sex your couple should have.