Ukrainian and russian girls make all the men around the world get excited about them. They amaze with their beauty, kindness, and vitality. Being representatives of the most beautiful nation, they still remain wonderful mothers, wives and business ladies who build brilliant careers. Many of Ukrainian female celebrities have come to fame thanks not only to their attractiveness but also hard work, undeniable talent and a great sense of humor. There is a list of amazing women who surely deserve to be called hot Ukrainian celebrities. 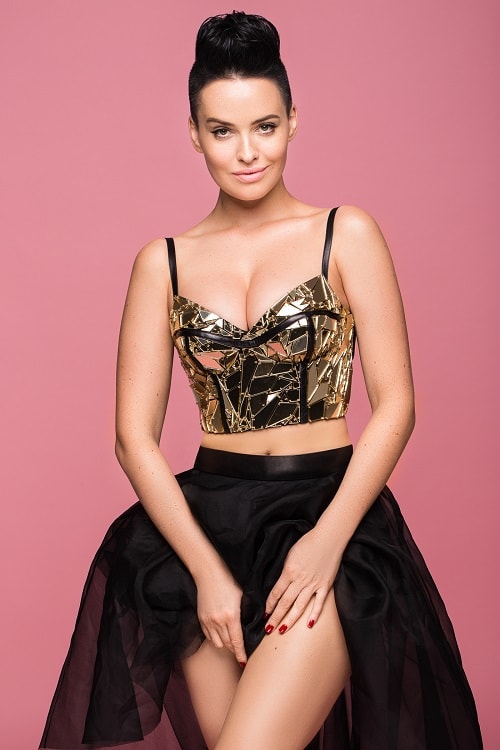 It took Dasha Astafieva just three years to radically change her life and become famous not only in Ukraine but also in the United States. After participating in the Ukrainian version of the television project "Star Factory," Dasha began to develop other sides of her talent. She was a host on the M1 television channel and a model for one of the most famous and scandalous magazines of the world Playboy. The beauty of the Ukrainian girl did not leave indifferent the founder of Playboy Hugh Hefner, who not only posted her photo on the cover of the anniversary issue of the magazine (she became 55th Anniversary Playmate) but also repeatedly appeared in her company at social events.

In numerous interviews, Astafieva admitted that she was dreaming about a career model for Playboy since adolescence. Her first nude photo session took place when Dasha was 16 years old. According to Astafieva, she was not embarrassed at all and accepted the photographer's offer with joy and interest. Thanks to the participation in the Nikita band, Dasha continued her musical development. Despite frequent changes in the composition of the band, Dasha stayed a permanent participant and leader for many years. She is surely one of the hot Ukrainian celebrities. 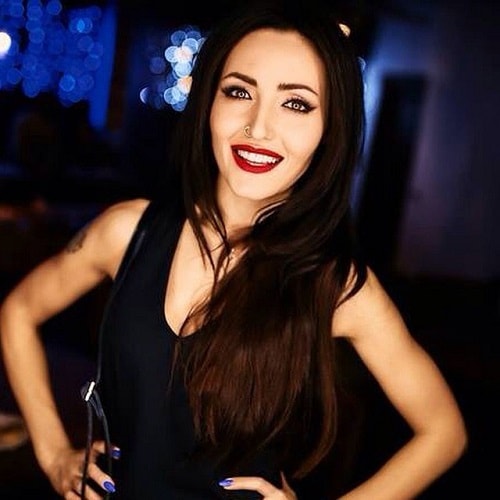 This is a well-known Ukrainian singer, composer, songwriter, and TV host. Dobrydneva got her first experience in show business being a member of doom-metal band Mournful Gust. Further, she became a lead singer of the band "Para Normalnykh" and a solo artist. Her songs are well-known among people, and her wonderful abs are the object of envy of others. She likes extreme sports, regularly participates in charity races and is engaged in various types of physical activity. Anna Dobrydneva actively tours the country, writes new songs, and constantly reveals her creative potential. Recently, she tried herself as a theatrical actress having played one of the roles in the show "Medea/ Media." Besides, nowadays, Anna works as DJ and takes part in fashion shows and photo sessions. 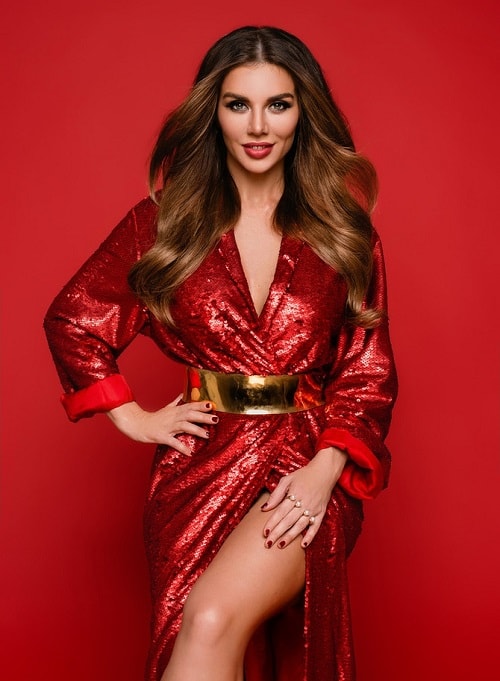 Anna Sedokova is not only a singer but also one of the well-known Ukrainian celebrities who has been engaged in music and dancing since childhood. Few people know that the singer didn’t immediately become a participant of the famous trio of "VIA Gra." Due to her young age, the girl was not suitable for the role of a sexy woman. First, she was the host of the most rated morning shows in Ukraine on the TV channel OTV.

In 2002, Sedokova's dream to become a participant of VIA Gra came true. Moreover, their vocal group together with Nadezhda Granovskaya and Vera Brezhneva was called "golden" because the band achieved tremendous success during that period. Anna Sedokova was shot for the most rating men's magazines of the world Maxim and Playboy. The singer was repeatedly the host of many Russian and Ukrainian TV shows. In 2008, Anna won the ELLE Style Award as the most stylish TV host in Ukraine and was recognized as the sexiest TV host in Russia according to the rating "TOP 10 SEXY." Sedokova is also the author of the book "The Art of Seduction." 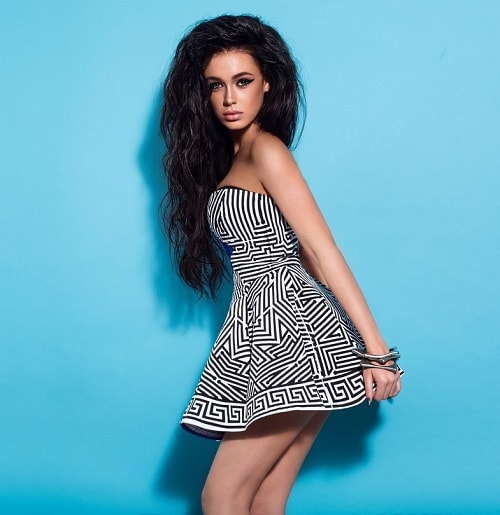 The young singer poses a challenge to the outdated standards and bravely experiments with her creative work and appearance. Despite the fact that most of the people initially perceived Mariya exclusively as the daughter of the famous tenor, People's Artist of Ukraine, Nazariy Yaremchuk, the girl managed to destroy stereotypes of public opinion.

Mariya Yaremchuk twice represented Ukraine at the international level. In 2012, she became a prize-winner of the contest of young performers "New Wave," where she took 3rd place and received a prize of audience sympathy. In 2014, she told the whole world about beautiful love and fleeting time from the stage of "Eurovision.” In the capital of Denmark, Yaremchuk not only reached the grand final with the song Tick-Tock but also got into the top 10 singers. She is one of the most stylish and fashionable representatives of the young generation of Ukrainian celebrities. Being a tireless experimenter with images and styles, Masha gained the reputation of not only a talented singer but also a muse for domestic designers. 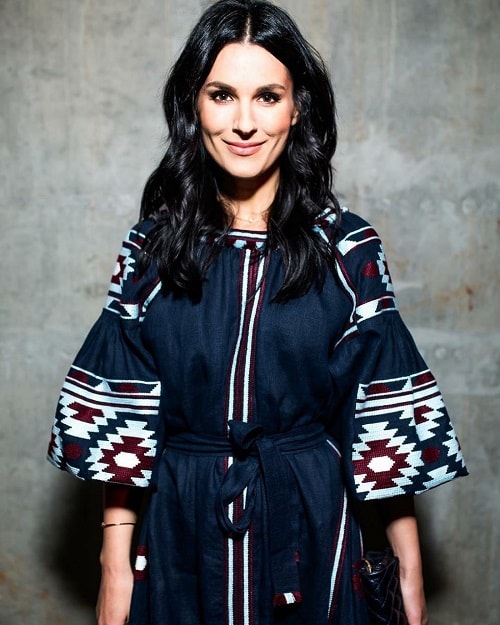 Her career started at the age of 19 when she was studying at the university; Efrosinina made her debut on the Ukrainian First National TV Channel (UT-1) in the program "Schastlivyi zvonok." Soon after the first successes, Maria received an invitation from the Novyi Kanal channel to host a new morning program, which became later one of the most popular on Ukrainian television in its segment. In 2005, Masha Efrosinina was honored to be the host of the 50th Eurovision Song Contest, which was held in Ukraine for the first time after Ruslana's victory. She was one of the few famous Ukrainian celebrities who are fluent in English. In October 2005, Masha started working on the ICTV channel and hosted the "Linia konflikta" program, and from September 2006, she hosted the television show on the Inter channel.

Thanks to her natural curiosity and charm, her work experience on television and the knowledge of several languages, Masha got answers to her questions at first-hand from the world stars in exclusive interviews, for example, Paolo Coelho, Enrique Iglesias, Gerard Depardieu, Keli Joyce.

Masha got into the Top-100 most powerful women in Ukraine many times thanks to her successful career and popularity. She is considered a fashion icon in Ukraine. 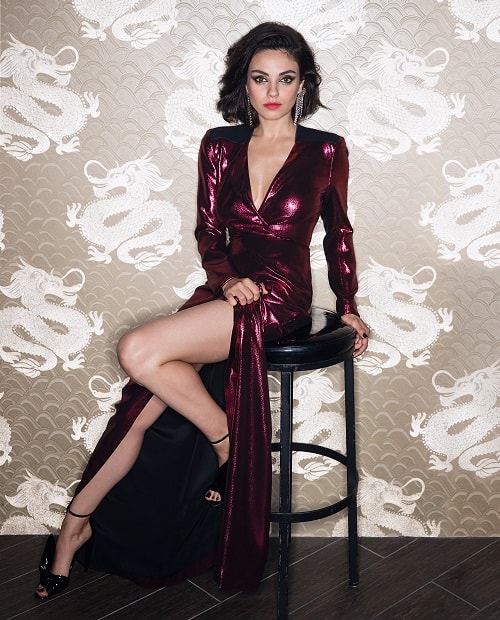 She is one of the most attractive Hollywood celebrities of Ukrainian origin. At the age of eight, the future actress emigrated with her family to the USA. Since then, the Ukrainian beauty has never ceased to dream about the career of an actress. She started attending a school of acting in Beverly Hills, and when she was 11 years old, she made her first debut in commercials.

Unsuccessful movies and negative reviews of critics upset the young actress for a long time, but in 2008, her luck had finally turned, the movie "Forgetting Sarah Marshall" brought the desired glory. The movie "Black Swan," the role in which the actress got after a simple audition on Skype, was nominated for five Oscar awards. The role of ballerina Lily brought Kunis her first prestigious award "Saturn" for Best Supporting Actress.

You can see Mila's smile on the covers of numerous magazines. In 2012, the fashion house "Cristian Dior" made her the face of her spring collection. At the same time, this tender and fragile girl is a fan of the computer game "World of Warcraft." 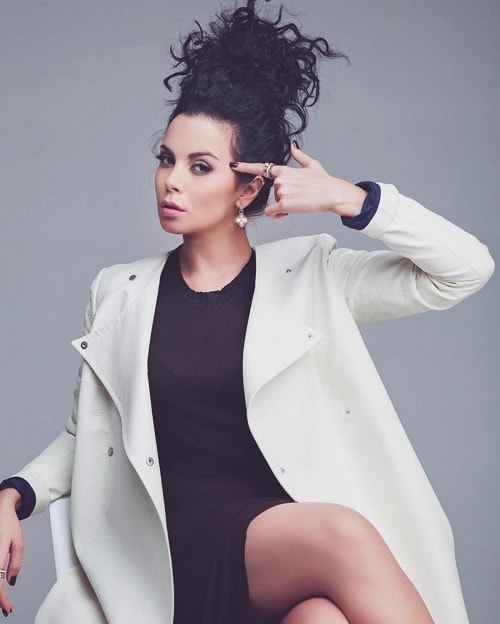 She is a singer, a TV presenter, a business lady as well as an author of NK vlog. Her name is a synonym for success, talent, beauty, and motivation. Her life philosophy is to look to the future, be on the wave with modern trends, set the rhythm, conquer the world with incredible energy. Nastya motivates the modern youth for an active and healthy lifestyle, attracts the attention of numerous viewers to her YouTube channel and page on Instagram. Her own brand of sportswear NKsport inspires the girls to work out. In November 2017, having her own creative and life experience, the singer launched her own project NK, music that knows no borders. Brave and light-hearted, playful and stylish Nastya Kamenskykh is one of the hottest Ukrainian celebrities. The singer took part in an erotic photo shoot for the Playboy and Maxim magazines, being on the covers of the most popular men's magazines in the world. In 2009, she won the title "The Most Beautiful Woman of Ukraine" according to the readers of the Viva! magazine.

She is one of the most bodacious and famous Ukrainian female celebrities. Polyakova was the host and participant of numerous television projects and shows. The most popular show was "Kto protiv blondinok," in which Olga showed the image of an intelligent blond beauty with a sharp mind.

Despite the fact that Polyakova is known to the Ukrainian public more as a host of television programs, initially, Olga aspired to a successful singing career. This amazing woman graduated from a music school in piano, in the class of choral conducting, as well as the Kyiv National University of Culture and Arts in the class of pop vocal. Polyakova's voice range is 3 octaves. In 2012, Olga released a single, Russian Style, which by popularity, broke the record of even Korean singer PSY. At the request of the South Korean recording company, the Ukrainian singer released the English version of Russian Style, after which she went on tour to Seoul. In 2017, Olga Polyakova took part in the popular television project " Tantsi z zirkamy." 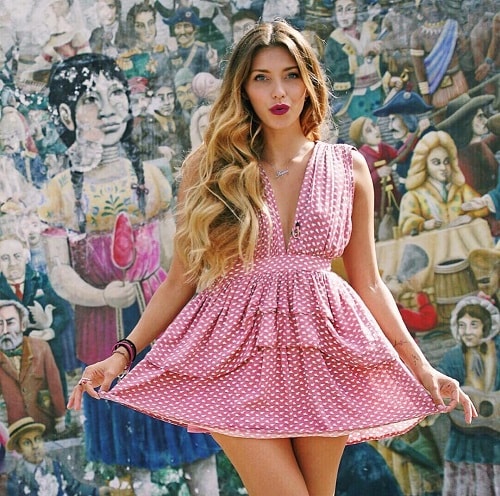 Regina is surely one of the most beautiful, most inquisitive and most reckless TV hosts and Ukrainian celebrities. She became famous after a vivid participation in the Ukrainian version of the TV program "Star Factory." In 2008, the talented singer became a member of the pop group "Real O". The band released their debut album in 2010, and in 2011, the album got the Golden Gramophone Award.

In 2014, the contract with Todorenko was not renewed. Regina had already managed to write songs for many famous Ukrainian and Russian singers. In January 2014, Todorenko became a new TV host of the project "Oryol i Reshka." She hosted this program together with her old friend Kolya Serga. Nowadays, Regina does not have a boyfriend. According to Regina, she doesn’t have enough time for private life. 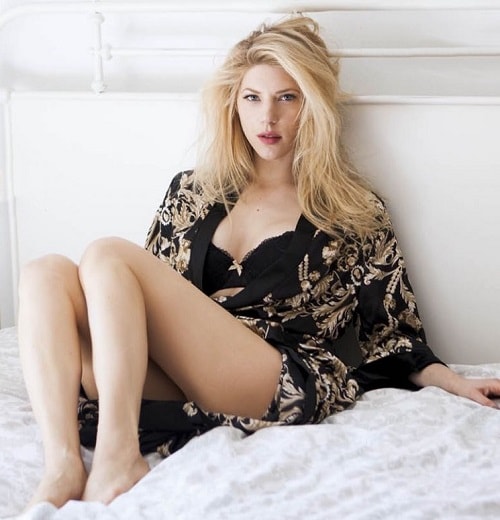 She was born in Toronto, Canada, but she is one of the celebrities with Ukrainian roots. She did not speak English until the age of eight. Katheryn began to engage in martial arts at the age of seven and got a black belt at thirteen. At the age of sixteen, Winnick opened her first martial arts room, and later, she opened two more successful branches in Toronto and New York.

In her school years, Katheryn showed her interest in acting and participated in various local performances. Later, she began to study acting at the New York school "William Esper Studio." Katheryn has established herself as a wonderful actress. However, the series "Vikings" brought her the true popularity. She played a spectacular blonde with Nordic appearance, Lagertha, wife of the leader Ragnar.